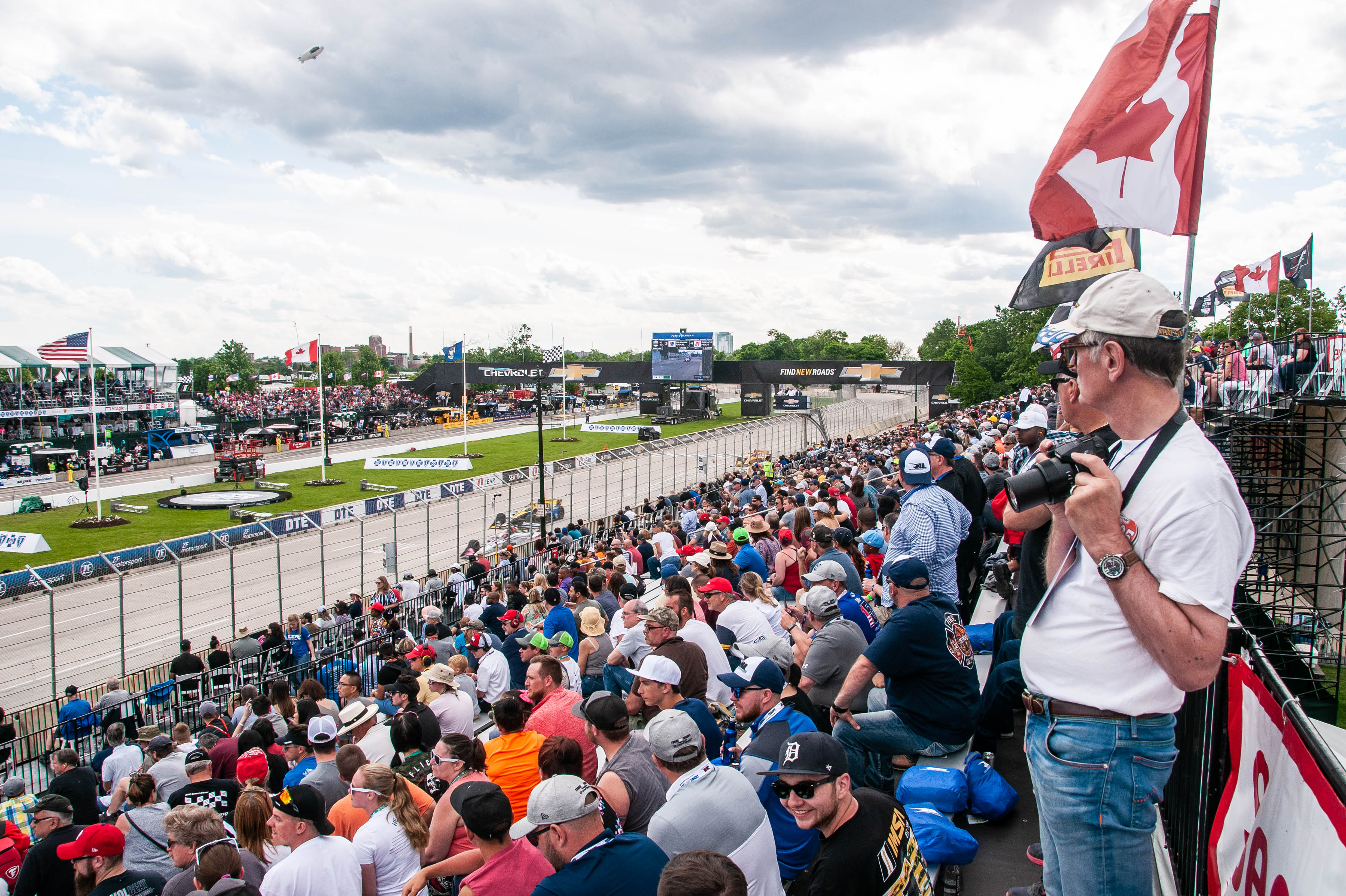 DETROIT, Mich. (June 8, 2021) – Tickets are going fast for the first big event to return to the Motor City this summer as only limited tickets are available for this weekend’s Chevrolet Detroit Grand Prix presented by Lear on Belle Isle, June 11-13. All tickets for Friday’s Comerica Bank Free Prix Day have been claimed while only a few reserved grandstand tickets remain for Saturday’s racing action at the Grand Prix. Select reserved grandstand seats and limited general admission tickets are currently on sale for Sunday’s final day of the annual motorsports celebration in the Motor City.

Demand has been high for tickets at the Grand Prix since the event announced a few weeks ago that more fans could attend the event on Belle Isle with new health and safety guidelines in the State of Michigan. The need for speed extends to hospitality at the Grand Prix as all 23 of the event’s chalet suites are also sold out for the weekend.

“We are so excited to be back racing in the Motor City and we can’t wait to welcome our fans to Belle Isle this weekend,” said Michael Montri, President of the Chevrolet Detroit Grand Prix presented by Lear. “We’ve been reminded over the last few weeks just how much people love the Grand Prix and want to be part of this special event as we get the wheels turning again in the Motor City.”

The 2021 Chevrolet Detroit Grand Prix presented by Lear features the cars and stars of the NTT INDYCAR SERIES racing the Chevy Dual in Detroit doubleheader race weekend. With two full-points races on consecutive days, there’s a lot at stake during an important weekend on the tough Belle Isle street circuit. The IMSA WeatherTech SportsCar Championship hosts the Chevrolet Sports Car Classic on Saturday evening. Corvette Racing returns to its hometown race for the first time since 2008 with two new mid-engine C8.R Corvettes competing in the IMSA Chevy Sports Car Classic. Completing an action-packed weekend on track is Indy Lights Presented by Cooper Tires, racing on both Saturday and Sunday for their first races in Detroit since 2012. With five races over three days, the Grand Prix will provide non-stop action and plenty of thrills for fans on Belle Isle.

Tickets for the 2021 Chevrolet Detroit Belle Isle Grand Prix are on sale now. For more information and to purchase tickets, visit www.DetroitGP.com.

ABOUT THE DETROIT GRAND PRIX
The Detroit Grand Prix is a 501(c)3 organization and a subsidiary of the Downtown Detroit Partnership. Scheduled for June 11-13, 2021 at Belle Isle Park, the event will include the Chevy Dual in Detroit featuring the cars of the NTT INDYCAR SERIES, the Chevrolet Sports Car Classic with the exotic sports cars of the IMSA WeatherTech SportsCar Championship and the rising stars of the Indy Lights Presented by Cooper Tires. For more information, visit www.DetroitGP.com and follow our social media pages at www.facebook.com/detroitgp, www.twitter.com/detroitgp and www.instagram.com/detroitgp.