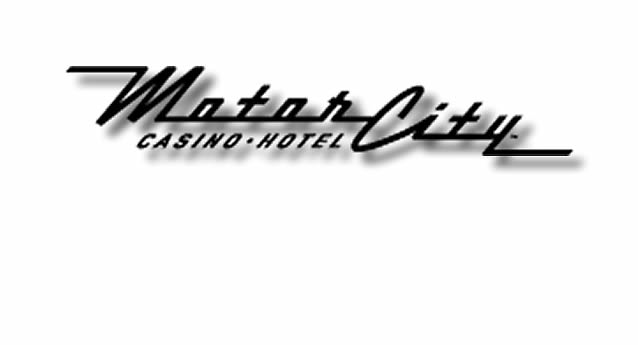 2/28/2012 DETROIT, Mich. (February 28, 2012) -The Chevrolet Detroit Belle Grand Prix is proud to announce a partnership with MotorCity Casino Hotel for the return of world-class auto racing to the Motor City.

The premiere headline bands that will perform on the MotorCity Casino Hotel Entertainment Stage, located inside the Family Fun Zone at the Grand Prix, will be announced in the coming days.

Gregg Solomon, CEO of MotorCity Casino Hotel is also excited about the partnership. "This event is perfectly aligned with our brand of cars, music and sports. We view this as an opportunity to showcase racing and music against the scenic backdrop of the Detroit skyline. This combination will create an entertainment epicenter for locals and visitors to enjoy throughout the weekend."

In addition to hosting the Entertainment Stage and the luxurious hospitality chalet area, MotorCity Casino Hotel will also be featured with turn and bridge signage throughout the picturesque Turn 13 along the Detroit River at the 14-turn Raceway at Belle Isle Park road course.

Visit www.DetroitGP.com for pricing options and to purchase passes to the MotorCity Casino Hotel Club at the Chevrolet Detroit Belle Isle Grand Prix.

The Chevrolet Detroit Belle Isle Grand Prix is a 501(c)3 organization and a subsidiary of the Downtown Detroit Partnership. The event will be held June 1-3, 2012 and will include the Chevrolet Indy Grand Prix presented by ShopAutoWeek.com featuring the cars of the IZOD IndyCar Series, the Chevrolet GRAND-AM 200 at Belle Isle presented by the Metro Detroit Chevy Dealers with the sports cars of the GRAND-AM Rolex Series, the Cadillac V-Series Challenge presented by the Metro Detroit Cadillac Dealers featuring the cars of the Pirelli World Challenge Championship Series and the Firestone Indy Lights Series. For more information, visit www.DetroitGP.com and follow our social media pages at www.facebook.com/detroitgp and www.twitter.com/detroitgp.