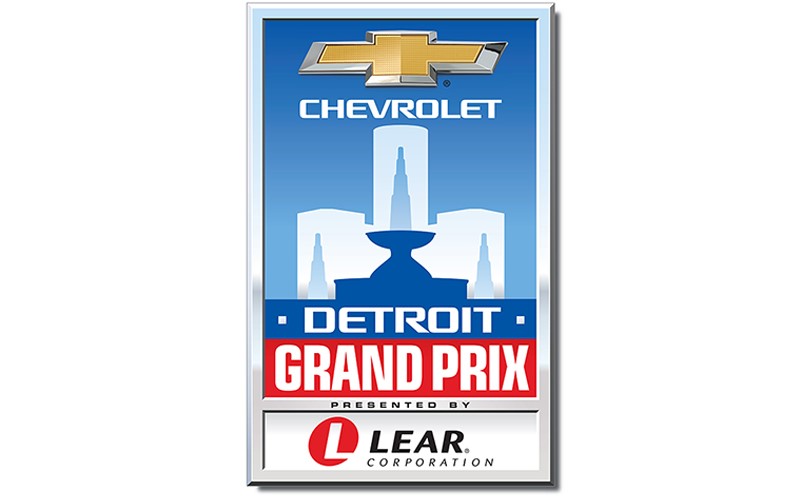 With its world headquarters located in metropolitan Detroit, Lear Corporation is a leading global supplier of automotive seating and electrical systems. Lear is an international brand with approximately 150,000 employees in 37 countries across the globe, but the company stays true to its roots. Lear is celebrating its 100th anniversary this year as the company was founded in Detroit in 1917. Last fall, Lear opened its new Innovation Center in downtown Detroit and the creative space is a perfect pairing with its world headquarters in nearby Southfield, Mich., showcasing Lear’s technology and ideology. Lear is a positive force in the Motor City as the company is active with many initiatives that are key to Detroit’s continued revitalization.

“Lear is proud to partner with Chevrolet to bring the Grand Prix to the Motor City. Belle Isle Park is a perfect setting for an event like the Grand Prix,” said Matt Simoncini, President and CEO of Lear Corporation. “We are looking forward to welcoming thousands of race fans to Detroit and showcasing our city to a national television audience of millions. Detroit is America’s comeback city and a great place to live, work and innovate.”

A Grand Prix partner since 2015, Lear Corporation will also become the official sponsor of the Grand Prix volunteers – one of the longest-running and most respected volunteer organizations in motorsports.

“The Chevrolet Detroit Grand Prix is so proud to welcome Lear Corporation as our presenting sponsor in 2017,” said Bud Denker, Chairman of the Chevrolet Detroit Grand Prix presented by Lear. “Lear and Matt Simoncini are great supporters of Detroit and our community. We could not ask for a better partner to team with Chevrolet and help us host world-class racing and a weekend full of fun and excitement in the Motor City.”

As a result of the new partnership with Lear Corporation, the Grand Prix also unveiled its new event logo today (attached and above). Updating its previous iconic look and feel, the new event logo highlights Scott Fountain, the signature landmark on the Grand Prix’s home at Belle Isle Park, and the silhouette of the GM Renaissance Center – the world headquarters of General Motors. The new marque also recognizes the event’s two primary partners in title sponsor Chevrolet and the new presenting sponsor with Lear Corporation.

Waving the green flag to start the summer one week after Memorial Day weekend, Belle Isle Park will come alive June 2-4 at the Chevrolet Detroit Grand Prix presented by Lear. Featuring seven races from four exciting series – including the only doubleheader race weekend on the Verizon IndyCar Series schedule at the Chevy Dual in Detroit – the Grand Prix will once again include plenty of action on its 2.3-mile street circuit.

Away from the track, the excitement will continue to build with activities throughout the Meijer Fan Zone. National and local bands will perform all weekend long on the MotorCity Casino Hotel Entertainment Stage. Fans will also enjoy extreme sports demonstrations, interactive displays and games, meeting current and former Detroit star athletes, food and beverages with a definite Motor City flair, autographs and interviews with the Grand Prix racing stars and much more.

Tickets for the 2017 Chevrolet Detroit Grand Prix presented by Lear are on sale now. For more information and to purchase tickets visit www.DetroitGP.com or call 866-464-7749 (PRIX).

ABOUT LEAR CORPORATION
Lear Corporation (NYSE: LEA) was founded in Detroit in 1917 as American Metal Products. In 2017, the Company will celebrate its 100th year anniversary. Lear is one of the world's leading suppliers of automotive seating systems and electrical distribution systems (E-Systems). Lear serves every major automaker in the world, and Lear content can be found on more than 400 vehicle nameplates. Lear's world-class products are designed, engineered and manufactured by a diverse team of approximately 150,000 employees located in 37 countries. Lear currently ranks #154 on the Fortune 500. Lear's headquarters are in Southfield, Michigan. Further information about Lear is available at lear.com or follow us on Twitter @LearCorporation.

ABOUT THE CHEVROLET DETROIT GRAND PRIX PRESENTED BY LEAR
The Chevrolet Detroit Grand Prix presented by Lear is a 501(c)3 organization and a subsidiary of the Downtown Detroit Partnership. Scheduled for June 2-4, 2017, the event will include the Chevrolet Dual in Detroit featuring the cars of the Verizon IndyCar Series, the Chevrolet Sports Car Classic with the exotic sports cars of the IMSA WeatherTech SportsCar Championship, the high-flying trucks of the SPEED Energy Stadium SUPER Trucks and the Trans Am Series presented by Pirelli in the Motor City 100. Partners for the 2017 Grand Prix include General Motors, Lear Corporation and MotorCity Casino Hotel. For more information, visit www.DetroitGP.com and follow our social media pages at www.facebook.com/detroitgp, www.twitter.com/detroitgp and www.instagram.com/detroitgp.