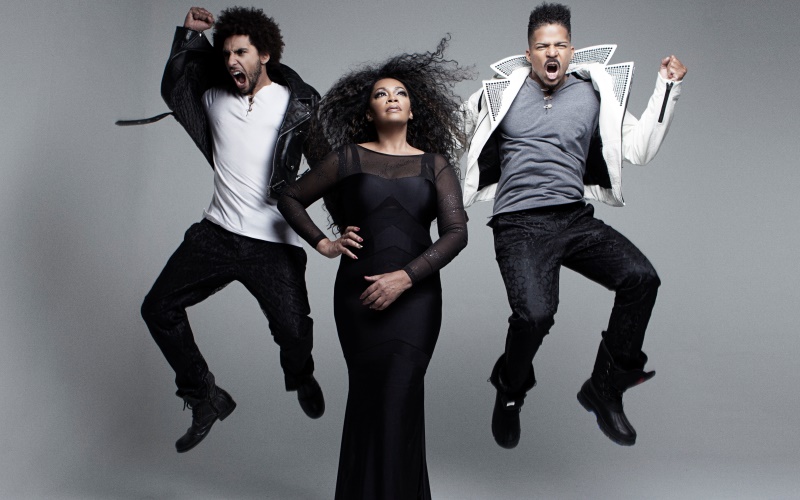 DETROIT, Mich. (March 21, 2017) – The MotorCity Casino Hotel Entertainment Stage at the Chevrolet Detroit Grand Prix presented by Lear will come alive on Sunday, June 4 as one of the most popular dance artists of the 80s and 90s will energize the crowd on Belle Isle.

Grammy Award-winning artist Jody Watley featuring the new group Shalamar Reloaded (SRL) will bring their soulful, feel good jams to a Sunday matinee concert at the Grand Prix, just prior to the final race of the weekend motorsports festival in the Motor City.

Watley will feature signature hits like "Looking for a New Love” and "Don't You Want Me" along with a few songs from her Shalamar days when she performs at the Grand Prix. She’ll be joined on stage by the new SRL group members, Nate Allen Smith and Rosero McCoy, and they will spotlight a few songs from their forthcoming Bridges release due out this summer. Songs from Watley's current Paradise EP at will also be featured in the concert that will take place at 1 p.m. on June 4, prior to the final Chevrolet Dual in Detroit race with the cars of the Verizon IndyCar Series.

All fans attending the Grand Prix on Sunday are welcome to attend the concert at no extra cost. The MotorCity Casino Hotel Entertainment Stage will once again be located in the Meijer Fan Zone at the Raceway at Belle Isle Park. The concert announcement was made live this morning on 105.9 KISS-FM in Detroit, a Radio One station and Grand Prix media partner.

“We know that Jody Watley featuring Shalamar Reloaded will bring a fun, party vibe to the island on Sunday at the Grand Prix,” said Bud Denker, Chairman of the Chevrolet Detroit Grand Prix presented by Lear. “This concert will be a great way to celebrate the final day of the Grand Prix and get the crowd energized at the MotorCity Casino Hotel stage leading into the final race of an exciting weekend.”

First finding fame as an original member of Shalamar, Jody Watley’s solo career began in 1987 with her trendsetting debut album Jody Watley, which featured mega hits including the chart-topping single “Looking for a New Love.” In 1988 she won a Grammy Award for Best New Artist. Throughout her career Watley and her work has been an important part of pop culture. “Looking for a New Love” helped launch the catch phrase “Hasta la vista, baby,” the video for her song “Still a Thrill” represented the first time a major pop star included the freestyle dance style waacking and the groundbreaking single “Friends” was the basis of many R&B/hip-hop and pop/hip-hop fusions used in today’s music. Watley’s other popular solo hits include “Real Love,” “Don’t You Want Me,” “Some Kind of Lover” and the Top 10 ballad "Everything."

With popular country music duo Montgomery Gentry performing on Saturday, June 3 and Jody Watley featuring Shalamar Reloaded on the MotorCity Casino Hotel stage on Sunday, June 4, the Chevrolet Detroit Grand Prix presented by Lear will feature a unique blend of musical entertainment to go along with one of the best on-track lineups in racing.  For a complete listing of all of the entertainment at the Grand Prix and a complete weekend schedule, visit www.DetroitGP.com closer to race weekend.

Tickets for the 2017 Chevrolet Detroit Grand Prix presented by Lear are on sale now.  For more information and to purchase tickets, visit www.DetroitGP.com or call 866-464-PRIX (7749).

ABOUT THE CHEVROLET DETROIT GRAND PRIX PRESENTED BY LEAR
The Chevrolet Detroit Grand Prix presented by Lear is a 501(c)3 organization and a subsidiary of the Downtown Detroit Partnership. Scheduled for June 2-4, 2017, the event will include the Chevrolet Dual in Detroit featuring the cars of the Verizon IndyCar Series, the Chevrolet Sports Car Classic with the exotic sports cars of the IMSA WeatherTech SportsCar Championship, the high-flying trucks of the SPEED Energy Stadium SUPER Trucks and the Trans Am Series presented by Pirelli in the Motor City 100. Partners for the 2017 Grand Prix include General Motors, Lear Corporation and MotorCity Casino Hotel. For more information, visit www.DetroitGP.com and follow our social media pages at www.facebook.com/detroitgp, www.twitter.com/detroitgp and www.instagram.com/detroitgp.