The on-track lineup for the 2023 Chevrolet Detroit Grand Prix presented by Lear will provide some intense and competitive racing on the new street circuit. The stars and high-powered cars of the NTT INDYCAR SERIES return to compete in the Chevrolet INDYCAR Grand Prix while the top young racers of the new-look INDY NXT by Firestone will race on both Saturday and Sunday in Detroit.

The powerful muscle cars of the Trans Am Series presented by Pirelli will also return to the Motor City next summer, harkening back to the “Pony Wars” and the classic Trans Am battles in the 1980s and 90s, when the Grand Prix last raced on the Downtown Detroit streets.

Note: A time specific schedule will be listed closer to the event. A brief recap of the day's activity is listed below. 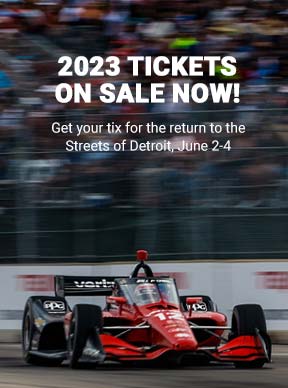