About the Racing Series

For more information on INDYCAR and the NTT INDYCAR SERIES, please visit www.indycar.com.

The IMSA WeatherTech SportsCar Championship is North America's premier sports car endurance racing series. Competitors from across the globe compete for honors at some of the most historic and iconic racetracks in North America. The series features a total of five classes: Daytona Prototype international (DPi), Le Mans Prototype 2 (LMP2), Le Mans Prototype 3 (LMP3), GT Daytona Pro (GTD PRO), and GT Daytona (GTD) racing at the same time at most races, driven by many of the world's best road racers. In 2022, the Chevrolet Sports Car Classic on Belle Isle includes the DPi and GTD classes.

The DPi class features the fastest and most technologically advanced cars in North America. DPi cars from manufacturers Acura and Cadillac are specifically designed and engineered for the racetrack. While unique in appearance, the technology being developed in the DPi category is relevant and directly tied to manufacturers' R&D initiatives. The GTD cars are enhanced by technology and utilize the global FIA GT3 technical specifications. The GTD class consists of cars from leading manufacturers such as Acura, Aston Martin, BMW, Ferrari, Lamborghini, Lexus, McLaren, Mercedes-AMG and Porsche.

The 12-race 2022 WeatherTech Championship schedule is highlighted by endurance races such as the twice-around-the-clock season-opening Rolex 24 At Daytona, the Mobil 1 Twelve Hours of Sebring Presented by Advance Auto Parts and the 10-hour Motul Petit Le Mans at Michelin Raceway Road Atlanta.

To help fans follow the on-track action, IMSA uses a Leader Light System. It allows fans to easily identify the position of each car in its respective class.

The position of the car is displayed on an LED panel mounted on the side of the car and the color of the LED number corresponds with the class. Each of the five WeatherTech Championship classes has a unique color for its number panels and digital position indicators. 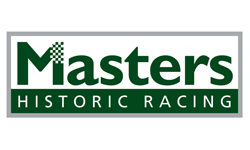