All music acts in 2022 will perform on the Entertainment Stage, located in the NEW Fountain Fan Area. The complete lineup of entertainment at this year's Grand Prix is listed here, with headline acts featured below.

The Verve Pipe has spent the better part of three decades in evolution, creating a sound that transcends genre and generation.

It's a sound rooted in pop hooks, alt-rock guitars, and the sharp songwriting of front man Brian Vander Ark. A sound that's taken the band from the golden days of late-'90s modern rock — when The Verve Pipe enjoyed multi-platinum success with hits like "Photograph" and the chart-topping "The Freshmen" — to the rule-breaking creativity of the 2010s and beyond, an era that's found the band reinventing itself with each release. Throughout it all, The Verve Pipe has released critically acclaimed music as both a major-label act and an independent band, maintaining a commitment to forward-thinking rock & roll with albums like 2021's Threads.

Threads marks a collaborative peak for The Verve Pipe, as Brian Vander Ark shares songwriting duties with another bandmate — backup vocalist Channing Lee — for the first time in the group's 29-year history. Together, the two writers create a personal chronicle of the universal struggles we all face. Threads is an album about love, loss, abuse, addiction, relationships, romance, and revenge — an album about the human condition, in other words, laced with orchestral strings and The Verve Pipe's lifelong willingness to stretch its legs.

"There are so many new things were able to do with Threads, sonically, and so many new themes that we wrote about," says Vander Ark, who formed the band with a group of Michigan-based friends and family in 1992. "It opened up a bigger world for us. Imagine that you're at a movie theater and you watch the previews, and the curtains are at a certain position, then the film starts and the curtains open further. That's the feeling of this record to me. The landscape is wider. It's cinematic."

For Channing Lee, who joined the band in 2014 and made her album debut on 2017's Parachutes, the album doubles down on The Verve Pipe's longtime strengths while also exploring new ground. "The Verve Pipe has never stuck to a formula," she says. "Brian always wants to push the envelope and reinvent the band. I really respect that he's never tried to make the same hit songs over and over again, because what makes any band great is its ability to grow and change when inspiration leads you in a new direction."

On Threads, those new directions include the anthemic atmosphere of "No One's Gonna Break This Heart (Again)," the propulsive pop hooks of "Forever Reaching," the closely entwined vocal harmonies of "The Freeze," and the pop/rock classicism of "Love Will Find You Again." Brian Vander Ark pulls double duty as the album's front man and producer while his brother, Brad Vander Ark — absent from the lineup since 2001 — returns to the fold, reviving the family chemistry that lent such a unique spark to albums like 1996's Villains and 2001's Underneath. Lead guitarist Lou Musa, keyboardist Randy Sly, and drummer Zach Dubay complete the lineup, adding muscle to Brian and Channing's melodies. Sweeping string arrangements are sprinkled throughout the songs, along with lyrics about the various threads that run throughout our collective existence.

Brian explains, "Channing came across an old Japanese legend about a red thread of fate that connects us all to those who are important in our lives. With each record, we love having a theme that we can weave our way around. It's important to me that each collection of songs can say something specific. And Threads is really about these experiences we all go through."

"It's about all the events that become pinpoints in our lives," Channing adds. "Falling in love. Getting your heart broken. Becoming sidetracked by addiction. Navigating a relationship. We're all being pulled by these big moments — these big impacts in our lives — and Brian and I viewed it as our job to tell these familiar stories, like how it feels to be in love, in a new way. With these songs, we were able to do that."

If "The Freshmen" — one of the most inescapable hits of the alternative era — introduced The Verve Pipe as young, melody-fueled Michiganders with an iconic frontman, then Threads positions them as pop/rock graduates who honor their musical past while also moving beyond it. This is the sound of a band that's still at the peak of its powers, turning the everyday experiences of modern existence into songs that are celebratory and cathartic.

"When you write a song, the song is yours until somebody hears it," Brian says. "At that point, it becomes their song, and it's no longer your baby. You can't change it. I'll work on things over and over, asking myself, 'Can I let someone else hear this song, knowing I'll never get it back again?' As a songwriter, that's a heavy weight to put on yourself. But it also raises the bar and keeps the bar high. That's one of the reasons I love playing with this band. We're better than ever, and the songs are better than ever, too." 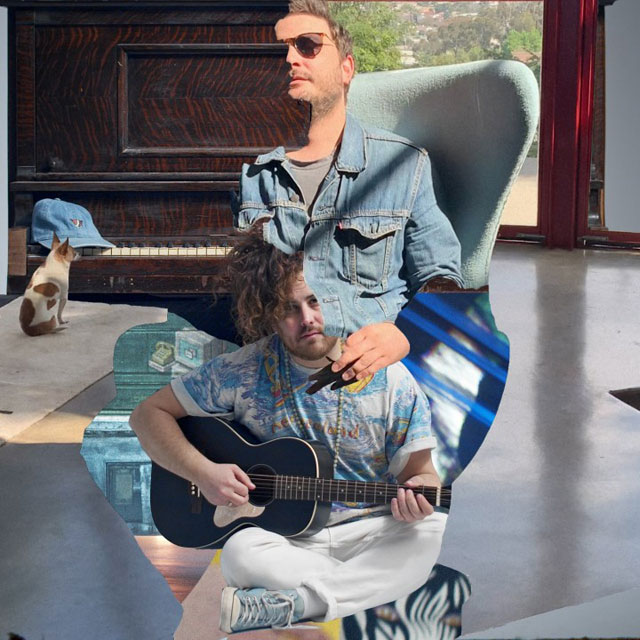 Josh Epstein and Daniel Zott formed JR JR (known then as Dale Earnhardt Jr Jr) in Detroit, Michigan in 2009. Prior to pairing up, the twosome had been searching for a creatively fluid situation where they could pool their talents as songwriters, singers, multi-instrumentalists, and producers. Since joining forces, the pair has released 4 albums, 5 EPs, and several standalone singles. Select career highlights include a number of memorable appearances on KCRW's "Morning Becomes Eclectic," Conan, and The Late Late Show with James Cordon; performances at major festivals like Bonnarroo, Austin City Limits, and Lollapallooza; and critical acclaim from a wide variety of outlets such as Stereogum, Rolling Stone, Paste, SPIN, and New York Magazine.

JR JR's music has been featured in many films, television shows, and commercials, soundtracking culture for over a decade, and attracting new fans along the way. This includes campaigns for elite brands such as Chase, Microsoft, YouTube, Guess?, Major League Baseball, and Acura, and in-scene placements in 13 Reasons Why, Togetherness, Atypical, Sausage Party, Bad Moms, and I Am Cait. Their ubiquity in pop culture even saw them stepping outside their typical roles as musicians to act in Arrested Development and Comedy Central's Detroiters, and pen their own monthly column for ESPN.com.

JR JR's latest effort August and Everything Prior is a salute to its roots. The EP was written entirely by Epstein and Zott. It's a thoughtful but danceable offering that harkens back to the band's early releases. Zott details: "It's also a revival in my own head of our love of acoustic songs mixed with elements of 1990s hip-hop. The EP grooves but it also points to our folk roots."

August and Everything Prior highlights JR JR entering a more prolific era where they can freely distribute music in a myriad of ways through their own label. Zott says: "With the speed of our output, we can be more in-the-moment and release music quickly as culture shifts." Epstein adds: "It's been amazing for us to be so self-contained and enjoy so much career and creative freedom. Being able to thrive right now feels like a modern miracle." 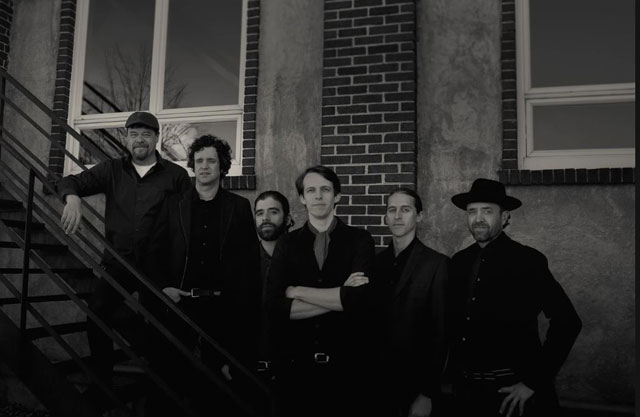 Close your eyes and you won't know the difference. Open them and you still might be fooled. The Insiders present the premier Tom Petty and the Heartbreakers experience. With 6 veteran musicians and decades of combined stage and touring experience, The Insiders are genuinely running down the dream.

It all starts with frontman Max Lockwood. "I grew up listening to Tom Petty. My mom would play the Greatest Hits record while she worked out. I'd sit at the top of the stairs and listen to those songs—it was my most requested CD as a young kid." In high school, Lockwood's band Big Dudee Roo started covering Petty songs at their frequent shows in West Michigan.  "Tom Petty was part of the great American landscape to me—a legend by the time I was musically conscious. We got a great crowd reaction with Petty tunes, and people frequently commented that I sounded a lot like him."

Nothing has changed with time. After the passing of Tom Petty in October of 2017, Lockwood organized the band by pulling together some of his favorite musicians for a benefit concert. After a sold-out show that raised thousands for a local domestic violence shelter The Insiders decided they wouldn't back down. "We try to honor what Mr. Petty and the Heartbreakers have done for rock and roll each night. We're fans of the music first and foremost. These songs are woven into the fabric of the American identity." They've found no shortage of demand, selling out shows everywhere they go. Local Spins' John Sinkevics had this to say: "The Insiders set the bar at a new level for Tom Petty tributes."

The Insiders are based in Grand Rapids, Michigan and currently tour the Midwest and beyond. They are available for public and private functions. 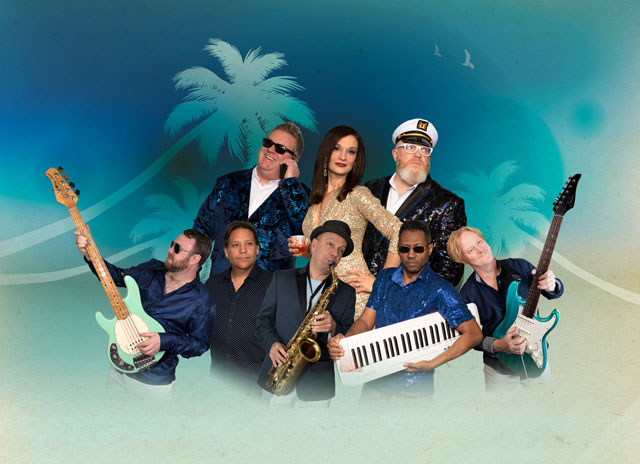 Imagine that its 1981 and you’re cruising the Atlantic shores of the Hamptons with your friends. Bikinis are fluorescent, polo collars are popped, and boat shoes are rocked sockless. In the background, your booming sound system is playing the soft-rock sounds of Michael McDonald, Olivia Newton-John, Hall & Oates, Christopher Cross and Air Supply.

The Docksiders are made up of veteran musicians from Milwaukee, Wisconsin – led by 3-time GrammyTM nominee, Kevin Sucher. Their unique tribute act of your favorite soft rock songs of the 70s and 80s – now defined as Yacht Rock – have been entertaining thousands of people for years and audiences are only getting bigger – thanks Weezer!

The Docksiders show stopping hit song after hit song, costume changes, and visual production, is only topped by their world-class performance.

The Docksiders – Yacht Rock at its Finest!