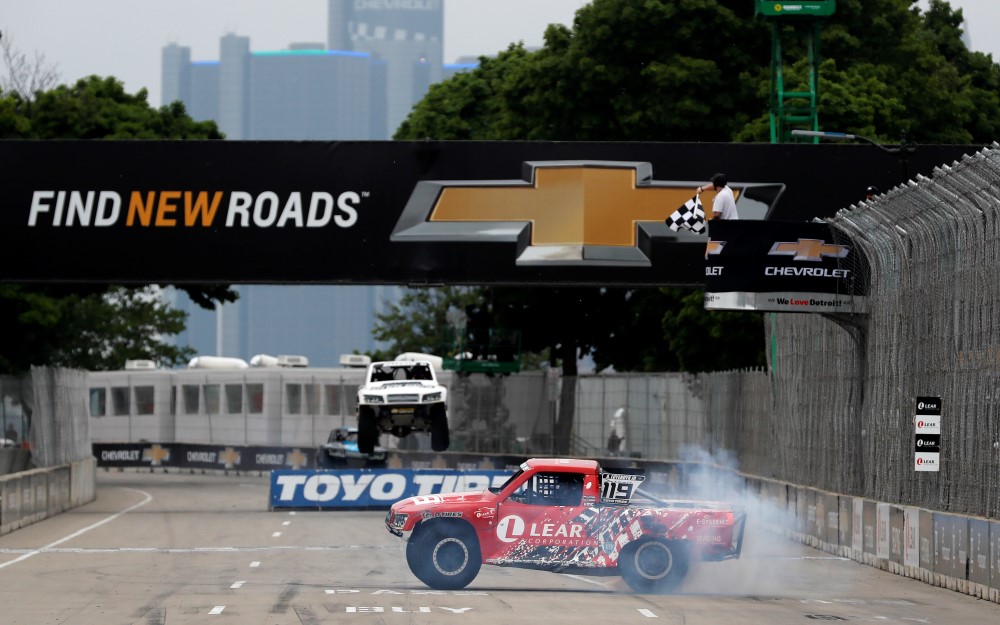 Arie Luyendyk Jr. Takes the Lear Truck From the Back of the Pack to the Win

After coming in third in the SPEED Energy Stadium SUPER Truck race on Belle Isle on Saturday, Arie Luyendyk Jr. was looking to move up the podium in race 2.  After qualifying second and starting in ninth due to the inversion rules in Stadium SUPER Trucks, Luyendyk Jr. and the No. 119 Lear Corporation Truck made quick work of the field and getting in the lead by Lap 3 and never looked back.

The race ended before the scheduled 10 laps due to a rollover accident by Paul "The Dude" Morris.  Morris was checked on the track and cleared but by the time the clean-up was completed the decision was made to end the race due to time constraints.  Former Detroit winner Matt Brabham finished in second while Race 1 winner Gavin Harlien finished in third to round out the podium.