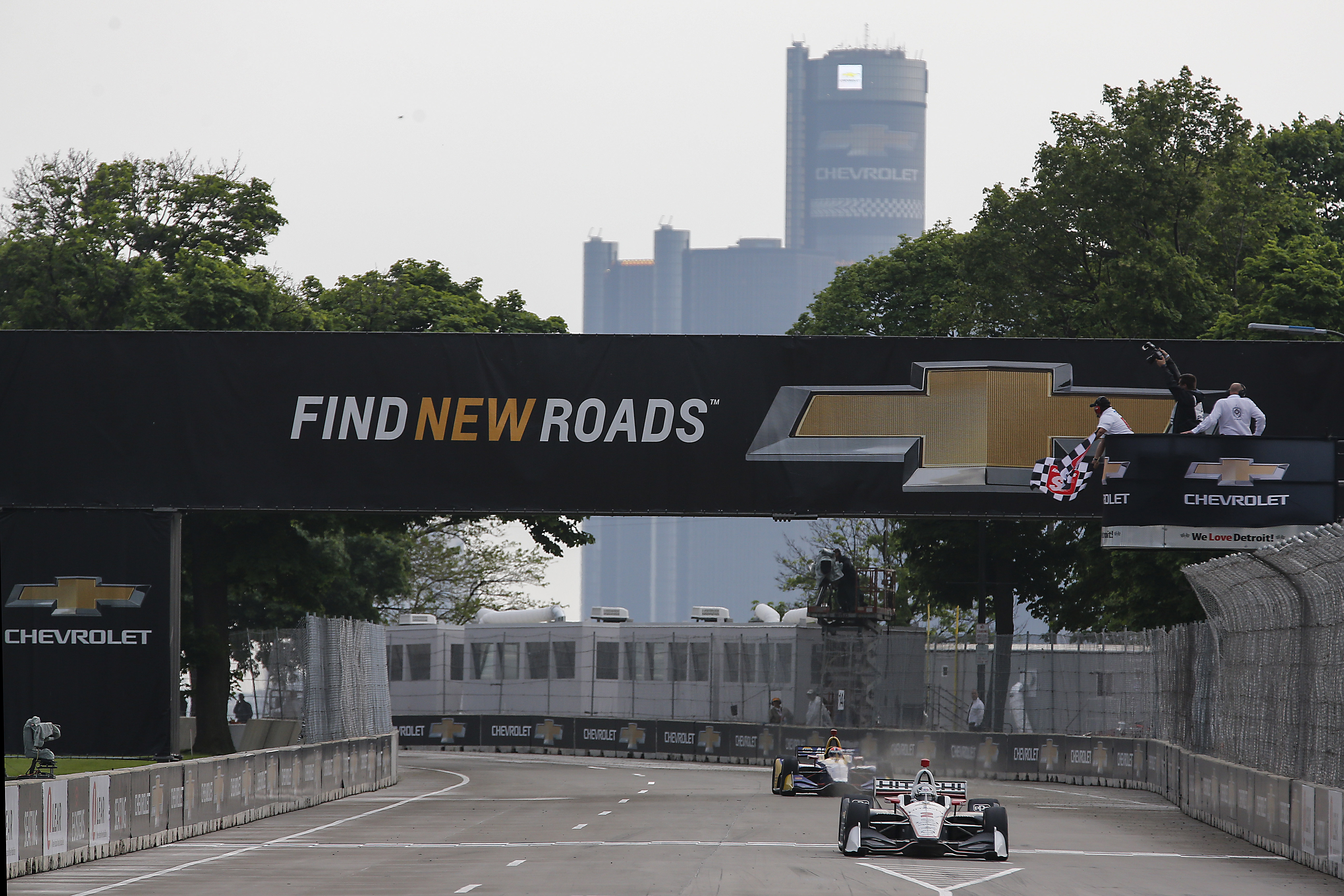 When the Grand Prix came back to Detroit in 2012 after a three-year hiatus, the driving force behind the return was a company that has deep roots in racing, has called the Motor City home for over a century and its world headquarters casts an inspiring shadow on the shores of the race’s home on Belle Isle – General Motors.

Coming out the country’s economic downturn in the late 2000s, Detroit was ready for a revival. The Grand Prix, which began in 1982 on the streets of the Motor City and moved to Belle Isle Park 10 years later, was ready to be a part of the resurgence in the city and continue its pledge to give back to the island it called home. As GM explored ways to build on its rich racing heritage and help make a positive impact in its local community, the opportunity was clear. With GM’s Chevrolet division serving as the title sponsor and with support from the Cadillac brand, it was announced in the fall of 2011 that world-class auto racing would return to the Motor City. GM was ready to power the return of the Grand Prix and build on the momentum and energy the event brought back to Detroit when it hosted successful events in 2007 and 2008.

During GM’s centennial celebration in October of 2011, the company’s then North American President Mark Reuss announced that Chevrolet would return to IndyCar competition the following year and help bring racing back to its hometown. "Chevrolet has a long, storied history in IndyCar racing," said Reuss at the time.  "This year we celebrated the shared centennial of Chevrolet and the Indianapolis 500. We’re excited to see that history continue with the help of Penske Corporation and IndyCar bringing back open-wheel racing to Detroit in 2012. This city is a natural for racing — it put the world on wheels and the roar of engines is something that simply belongs here."

After the event’s return in 2012, the Grand Prix took on a new look and opportunity the following year. Detroit would host TWO IndyCar Series races on one weekend and the Chevrolet Dual in Detroit was born. The new format gave the Grand Prix a unique identity as the event continued to make improvements on Belle Isle, with the help of GM and all of its partners.

"The Chevrolet Detroit Belle Isle Grand Prix team is enhancing Belle Isle to make it a more challenging, world-class road course for all the great series competing on the island," said Reuss during the announcement of the Dual in Detroit. “I'm also thrilled that the IndyCar Series picked Belle Isle to introduce its new dual-race format, so the IndyCar drivers will run both Saturday and Sunday. It promises to be a great weekend at a great venue - one that will make us proud, both as Detroiters and as race fans."

While other manufacturers have experienced success on the challenging 2.3-mile Belle Isle street circuit over the years, the GM brands have really shined on the proving ground located in the company’s back yard. The 2014 Chevrolet Detroit Grand Prix presented by Lear served as a high point for GM as Team Penske teammates Will Power and Helio Castroneves each won in their Chevrolet-powered IndyCars to sweep the Dual in Detroit while the Corvette DP driven by Wayne Taylor Racing brothers Ricky and Jordan Taylor posted a memorable IMSA WeatherTech Sports Car Championship victory in the Chevy Sports Car Classic.

The performance of the GM brands in sports car competition on Belle Isle over the past decade has been especially remarkable. Beginning in 2012, either Chevrolet or Cadillac earned seven consecutive overall sports car series victories in Detroit.

“The race is important because this is the automotive capital of the world,” said Christian Fittipaldi, who raced IndyCars on Belle Isle in the 1990s and competed in five sports car races in the Motor City, representing both the Corvette and Cadillac brands. “It is the home of Cadillac, Chevrolet and General Motors. You want to win every race, but this is a very important one for us with our partners being based here. The track has improved through the years and the city has really developed as well. It is such a great presentation for Detroit.”

In all, the GM racing teams have earned 30 victories in Detroit – between the downtown street circuit and the Belle Isle track – with 11 IndyCar wins, seven sports car triumphs and 12 trips to Victory Lane in Indy Lights competition with the Buick brand.

“We are very proud to have world class racing here in the city of Detroit,” Jim Campbell, U.S. Vice President of Motorsports and Performance Vehicles for GM, told the Detroit News in 2017. “As an automotive company, racing is part of our heritage and history and the passion and excitement it creates for our current and prospective customers. Racing is a great platform for us to learn from and take our cars and trucks to the showroom. The Detroit Grand Prix is a catalyst in Chevrolet’s continued success.”

Off the track, the benefits that the Grand Prix brings to Detroit – in economic impact, international exposure for the region and the community giveback to Belle Isle, is also important to GM and its commitment to the event.

“The cars are the stars in Detroit during race weekend,” said Campbell. “It’s such a special weekend with world-wide TV coverage of the race and the city. We appreciate the support from the city … the state … and from the Belle Isle Conservancy and the community in allowing us to partner on the island. We love our sports in Detroit, for sure, and the Grand Prix is a part of that passion and the heritage of Chevrolet.”

Chevrolet and Cadillac hope to build on their Belle Isle success in both INDYCAR and IMSA competition in 2021 when both series return to the Chevrolet Detroit Grand Prix presented by Lear in June. Sign up today to purchase 2021 Grand Prix tickets early and be part of the continued heritage of racing in the Motor City.