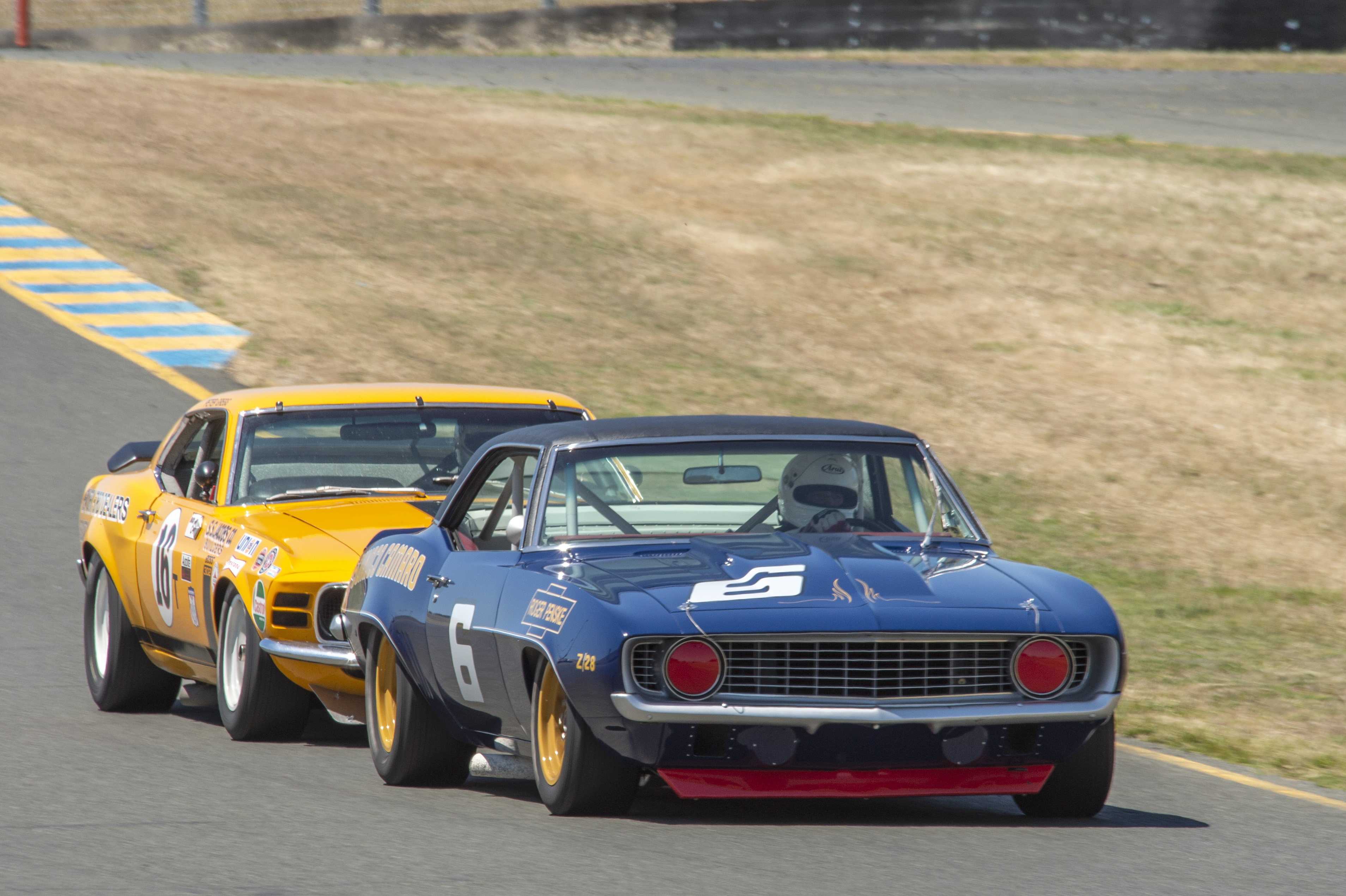 DETROIT, Mich. (November 26, 2019) – Fans at the Chevrolet Detroit Grand Prix presented by Lear will have the opportunity to witness some of the most legendary cars in Trans Am racing history next summer as the Historic Trans Am Series will join an action-packed on-track lineup during Grand Prix weekend – May 29-31, 2020 on Belle Isle.

The Historic Trans Am Series features some of the most iconic cars from what’s considered one of the greatest eras of Trans Am racing in the late 1960s to early 1970s. Featuring such cars as Chevrolet Camaros, Ford Mustangs, AMC Javelins, Pontiac Firebirds, Ford Falcons, Plymouth Barracudas, Dodge Challengers and more, the Historic Trans Am Series will connect fans to the legendary Motor City muscle cars that helped build Trans Am into one of the top forms of motorsports in the United States. Some of the greatest drivers of all time – including Mark Donohue, Dan Gurney, Parnelli Jones, Jim Hall, George Follmer and many more – originally raced the cars that will take to the Raceway at Belle Isle Park track. In 2020, the series will be celebrating the 50th anniversary of the historic 1970 Trans Am season. The cars that will compete in Detroit are the actual vehicles that raced in the Trans Am Series in the golden era.

“We know how passionate people are in Detroit about classic cars and Motor City muscle and the Historic Trans Am Series features some of the coolest and most powerful cars in racing history,” said Bud Denker, Chairman of the Chevrolet Detroit Grand Prix presented by Lear. “Our fans are going to love seeing these classic machines up close in the Fifth Third Bank Paddock and it will be amazing to see them in action again on the Belle Isle track at the Grand Prix.”

With an expected field of more than 30 classic cars, the Historic Trans Am Series cars will be on track during all three days of the Grand Prix and the vehicles will also be on display in the Fifth Third Bank Paddock, which will once again be open to ALL ticketholders in 2020, throughout the weekend. The Historic Trans Am Series will practice on both Friday and Saturday of race weekend before qualifying and racing on Sunday, May 31 on Belle Isle.

In addition to the Historic Trans Am Series, the 2020 Grand Prix will once again feature the only NTT INDYCAR SERIES doubleheader weekend – the Chevrolet Dual in Detroit, along with the exotic sports cars of the IMSA WeatherTech SportsCar Championship racing on Saturday afternoon and a doubleheader weekend from the Trans Am Series presented by Pirelli. With six races over the course of the weekend, fans at the Grand Prix will enjoy a great value with a diverse racing lineup on track.

Tickets for the 2020 Chevrolet Detroit Grand Prix presented by Lear go on sale this morning at 7:00 am ET and can be purchased online at www.DetroitGP.com/Tickets, through the ticket hotline at 866-464-PRIX (7749) or in person at the Grand Prix box office located in the GM Renaissance Center above the GM Wintergarden, 300 Renaissance Center Drive, Suite 2311, in downtown Detroit.

ABOUT THE CHEVROLET DETROIT GRAND PRIX PRESENTED BY LEAR
The Chevrolet Detroit Grand Prix presented by Lear is a 501(c)3 organization and a subsidiary of the Downtown Detroit Partnership. Scheduled for May 29-31, 2020, the event includes the Chevrolet Dual in Detroit featuring the cars of the NTT INDYCAR SERIES, the Chevrolet Sports Car Classic with the exotic sports cars of the IMSA WeatherTech SportsCar Championship, the Trans Am Series presented by Pirelli and the Historic Trans Am Series. Partners for the 2020 Grand Prix include General Motors and Lear Corporation. For more information, visit www.DetroitGP.com and follow our social media pages at www.facebook.com/detroitgp, www.twitter.com/detroitgp and www.instagram.com/detroitgp.