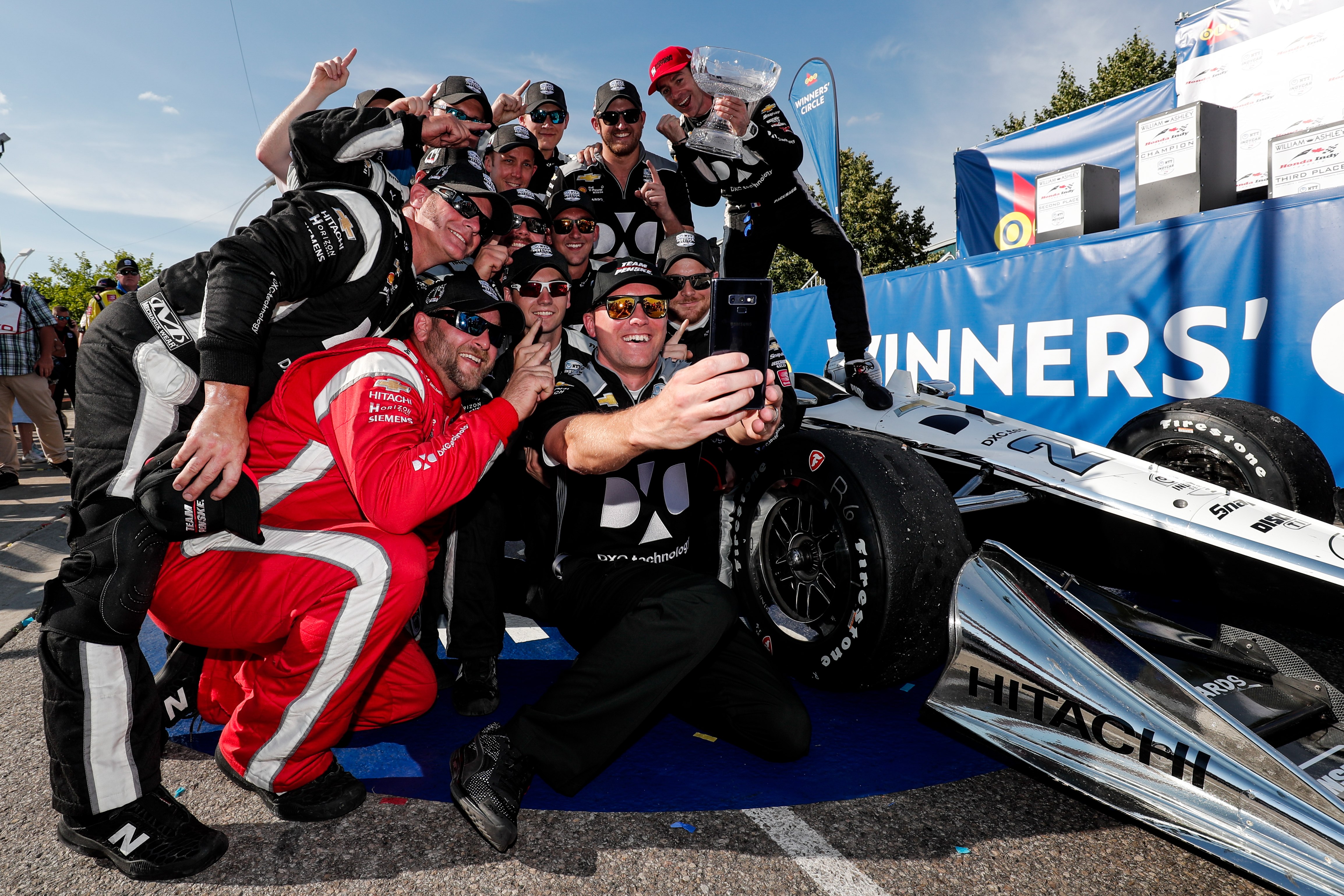 Pagenaud capped a near-perfect weekend in Canada by dominating the Honda Indy Toronto, scoring his third victory of the season - the 14th of his career - on France's national day.

The pole sitter led 80 of the 85 laps at Exhibition Place and held back five-time series champion Scott Dixon of Chip Ganassi Racing in the late going to score his first victory on the 11-turn, 1.786-mile temporary street circuit.

"I'm very proud to fly the French flag here in a cousin country, which is Canada," said Pagenaud, the winner of this year's Indianapolis 500 presented by Gainbridge. "I guess (countryman Julian Alaphilippe) is leading the Tour de France today on the bike. I felt like I had to do the same."

Pagenaud was only threatened a couple of times, the first being in the opening-lap dash to Turn 1. Dixon challenged him but couldn't execute the pass. From there, Pagenaud began building a lead, which became eight seconds before he incurred traffic in the final laps.

"We took off and the car handled really well," Pagenaud said, driver of the No. 22 DXC Technology Chevrolet. "We definitely had an advantage on the tire wear. I knew we had a really good race car. We were able to match the Honda power (of Dixon) pretty well; (it) helped us to perform even better, so thanks to Chevy."

Dixon's No. 9 PNC Bank Honda was hampered by wall contact early in the race. He drove the rest of the way with the steering wheel misaligned.

"I made a mistake, a pretty big mistake, probably around Lap 12 or 15 where I hit the inside wall on (Turn) 9," he said. "Bent the suspension pretty bad. I thought I had a (tire) puncture."

Alexander Rossi of Andretti Autosport finished third, one position ahead of series points leader Josef Newgarden of Team Penske. The first four finishers are the top four drivers in the standings heading to Saturday night's Iowa 300, a short-oval race at Iowa Speedway.

With Rossi, Dixon and Rossi finishing ahead of Newgarden, the championship race tightened. Rossi drew to four points with six races remaining. Pagenaud, who scored the maximum number of points in this race, is 39 points of the lead with Dixon 86 back.

Ontario native James Hinchcliffe of Arrow Schmidt Peterson Motorsports finished sixth in his home race. He was the driver who advanced the highest number of positions (eight) among the entire field.

Another Toronto-area native - driver Robert Wickens, who finished third here last year - gave the race an inspirational start by driving a specially prepared Acura NSX. Wickens, who is rehabilitating use of his legs following a racing accident 11 months ago, used hand controls developed by Arow to drive around the track and gave the command to start the race.

Wickens' fiancé, Karli Woods, rode with him during the two laps around the track.

Among the other storylines in this race:

The race had two cautions, both involving Will Power. The first was on Lap 1 when he came together with Graham Rahal in Turn 8. Marco Andretti, Ryan Hunter-Reay, Matheus Leist and Marcus Ericsson were collected, although none of them suffered much damage. Andretti did a 360-degree spin.

The race ended under caution because Power's car ended up in the tire barrier in Turn 8. He finished 18th of 22. Power remains fifth in the championship standings, but he is now 128 points out of the lead.

Takuma Sato was running fifth when a fire erupted in the rear of his car.