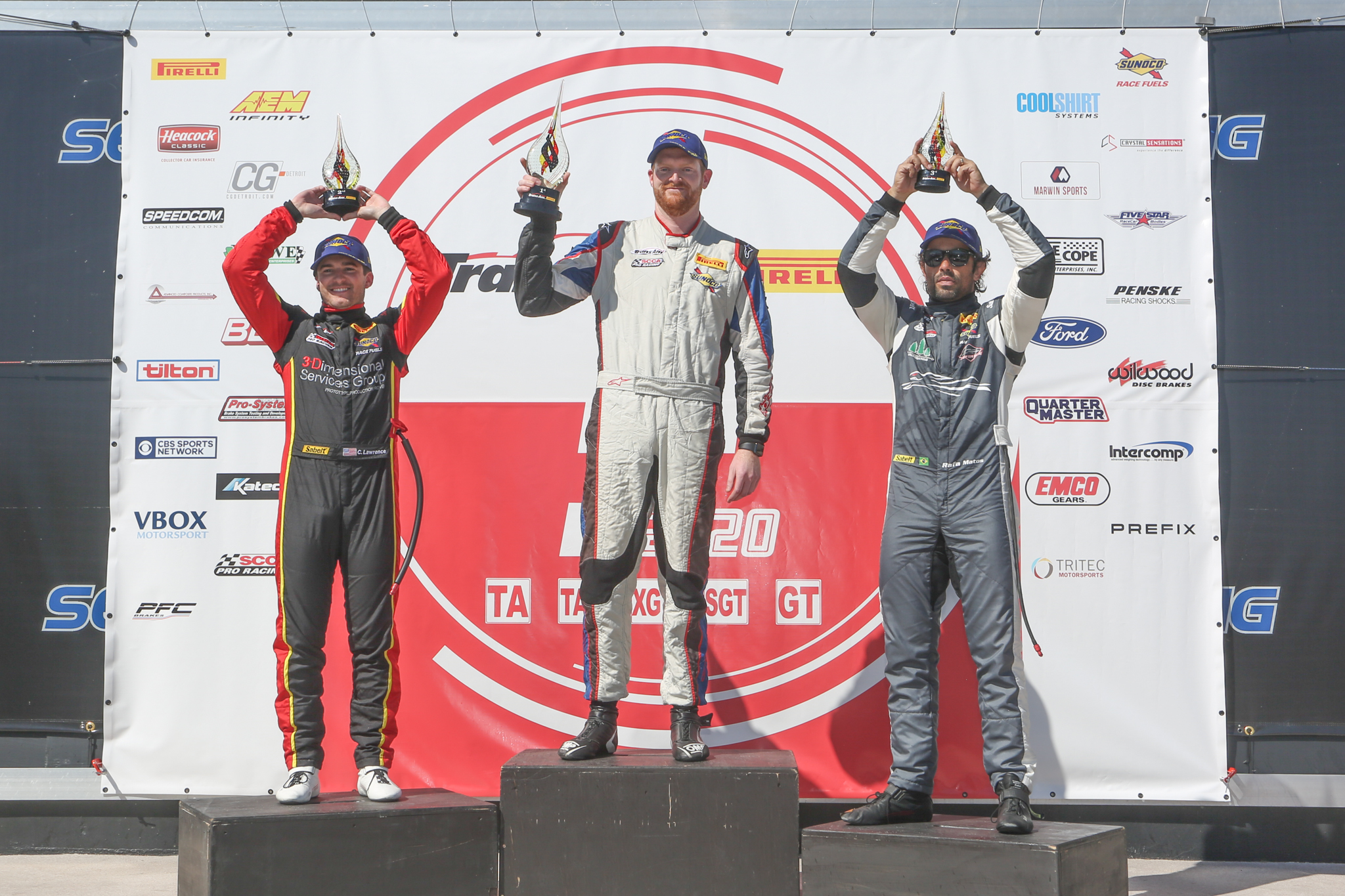 Skeen took the checkered flag 0.489-seconds ahead of Cameron Lawrence, making his fulltime return to the series in the No. 8 3-Dimensional Services Group Chevrolet Camaro. Rafa Matos, driving his first race in the No. 7 Silver Hare Racing Chevrolet Camaro, completed the podium after a last-lap pass.

“I started off strong and led a couple of laps before Thomas Merrill took the lead,” Skeen said. “He made only one mistake the whole race. He lost the back end of the car entering turn three and spun, opening the door for me. He did an awesome job up until that point. I’m super proud to bring the Stevens-Miller car to the top of the podium after we put it on the pole for the first race of the season. The team gave me an awesome car, and they’re going to make it better.”

Lawrence, a two-time TA® champion, will make a bid another title this season, adding to an already deeply talented roster filled with racing legends and up-and-coming stars.

“I’m grateful to be here, and happy the guys gave me the chance to ride up front,” Lawrence said. “I’m excited for the rest of the year.”

Matos, who won Sebring in 2019, took third on the final lap, nipping Misha Goikhberg in the No. 10 BC Race Cars Camaro.

“It was an exciting race, my first with Silver Hare Racing,” Matos said. “I was beaten at the start and regrouped. I waited for the tire pressure to come up, then I started hunting the other guys. We were aggressive with the setup and it was sliding a lot. It felt like a drifting car the last few laps. I had to risk a pretty bold move to get by Misha for the third-place spot, but it was worth it.”

The finish was a heartbreak for three-time 2019 winner Merrill. Driving the No. 81 Diehl-Merrill Racing/HP Tuners/Mike Cope Racing Ford Mustang, Merrill led most of the race after taking the lead early. The complexion of the event changed on lap 22 of 27 when Doug Winston backed the No 98 D&M Electrical Contracting Camaro into a tire barrier in Turn 7 to instigate a full course caution. Merrill got off to a good jump on the restart with two laps remaining, but then spun out in turn two, opening the door for Skeen.

“The Dheil/Merril Racing team came into this weekend knowing we had a good race car but we knew it was going to be slippery out there,” Merrill said. “So it was important to control the pace and not abuse the tire too much. My Wilwood brakes held up really well all race long. Full credit to Cameron (Lawrence) and Mike (Skeen) for racing so clean.  Everything felt good, until it didn't in turn three [after the late restart]. I broke late and early, but something locked up at the back. I don’t know if I made a mistake or if there was an issue. But the rear axle locked. I did everything I could to get it straight again but it didn’t unlock and we ended up backwards. Fortunately we missed the wall, but we were dead last."

Goikhberg was awarded the Cool Shirt Cool Move of the Race after charging from a 10th place start to finish just off the podium in fourth.

Mike Skinner, the 1995 NASCAR Truck Series champion, competed in the No. 69 Concierge Motorsports Camaro. Skinner started 19th but pulled off late in the event after pitting with mechanical issues.

Fans can start streaming the action LIVE from the FREE Trans Am by Pirelli Racing app. The app is available for download in the Google Play and IOS App Store. 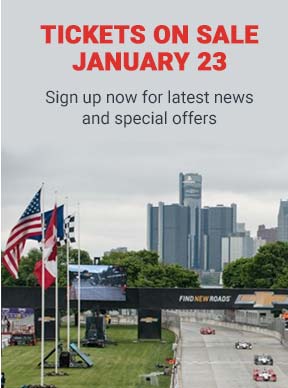