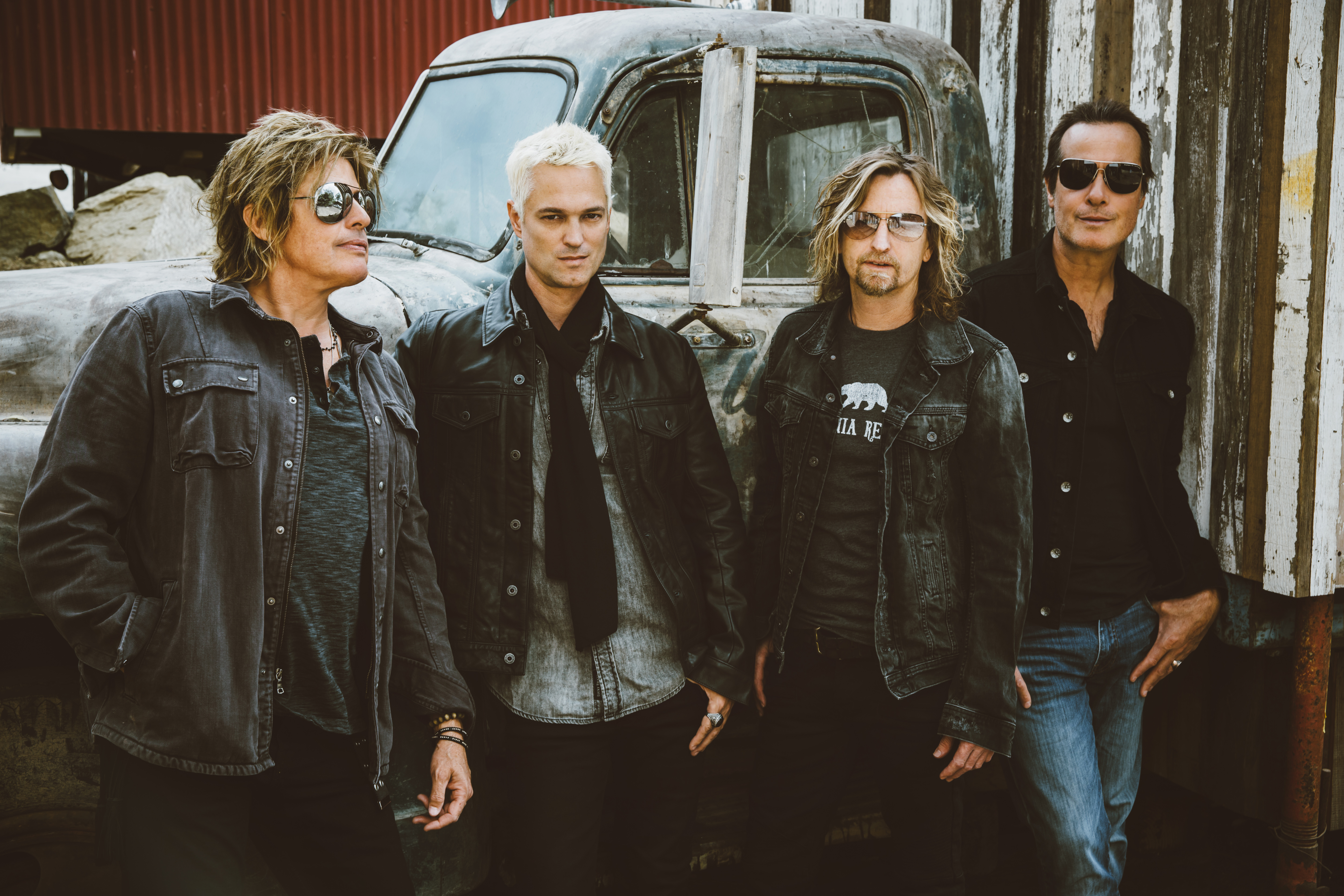 DETROIT, Mich. (March 11, 2019) - One of the most iconic rock bands of the last 25 years will turbocharge the final day of the Chevrolet Detroit Grand Prix presented by Lear as Stone Temple Pilots (STP) will host a matinee concert live on Sunday, June 2 at Belle Isle.

With new lead singer Jeff Gutt from Marine City, Michigan, STP will rock the Entertainment Stage at the Grand Prix prior to the final NTT IndyCar Series race of the weekend. All fans with Sunday tickets to the Grand Prix will be welcome to attend the concert in the Meijer Fan Zone at no extra charge.

Well known on the Detroit music scene, Gutt joined Stone Temple Pilots in 2017, as he teamed with brothers and founding band members Dean DeLeo and Robert DeLeo, along with Eric Kretz. The band's latest album, Stone Temple Pilots, was released in 2018 and it reached No. 4 on the Billboard Rock Album chart. STP is considered one of the greatest hard rock bands of all time with 18 top-10 singles on the Billboard Mainstream Rock chart, including seven No. 1 songs - "Interstate Love Song," "Vasoline," "Lady Picture Show," "Trippin' On A Hole In A Paper Heart," "Out Of Time," "Big Bang Baby" and "Plush." The band won a Grammy award for Best Hard Rock Performance with "Plush."

The Stone Temple Pilots will take stage in the Meijer Fan Zone at approximately 1 pm on June 2, just before the Chevrolet Dual in Detroit Dual II, featuring the cars of the NTT IndyCar Series. The TA2 cars of the Trans Am Series presented by Pirelli will begin the on-track action on Sunday, June 2, followed by the STP matinee concert and an exciting day on Belle Isle will conclude with the IndyCar race in the afternoon.

Brooklyn rockers Spirit Animal will also perform on Sunday at the Grand Prix. Spirit Animal has toured with some of rock's current stars, including The Struts, Theory of a Deadman and Dorothy. The band's live concert on Belle Isle supports the release of its 2018 full-length record entitled Born Yesterday.

101 WRIF in Detroit made the Stone Temple Pilots concert announcement live at 12 noon today. WRIF will be giving away tickets to the Grand Prix throughout the week to celebrate the STP announcement and the station that Rocks Detroit will give listeners a chance to win a special VIP meet and greet with the band on Belle Isle closer to Grand Prix weekend.

With Gutt and Stone Temple Pilots joining Michigan-born country music star Frankie Ballard, who will perform on Saturday, June 1, the Chevrolet Detroit Grand Prix presented by Lear will showcase two home-grown talents that have made it big on the national stage. For a complete listing of the entertainment at the Grand Prix and a detailed weekend schedule, visit www.DetroitGP.com closer to race weekend.

Tickets for the 2019 Chevrolet Detroit Grand Prix presented by Lear are on sale now and tickets start as low as just $45. For more information on the Grand Prix and to purchase tickets, visit www.DetroitGP.com or call 866-464-7749 (PRIX).