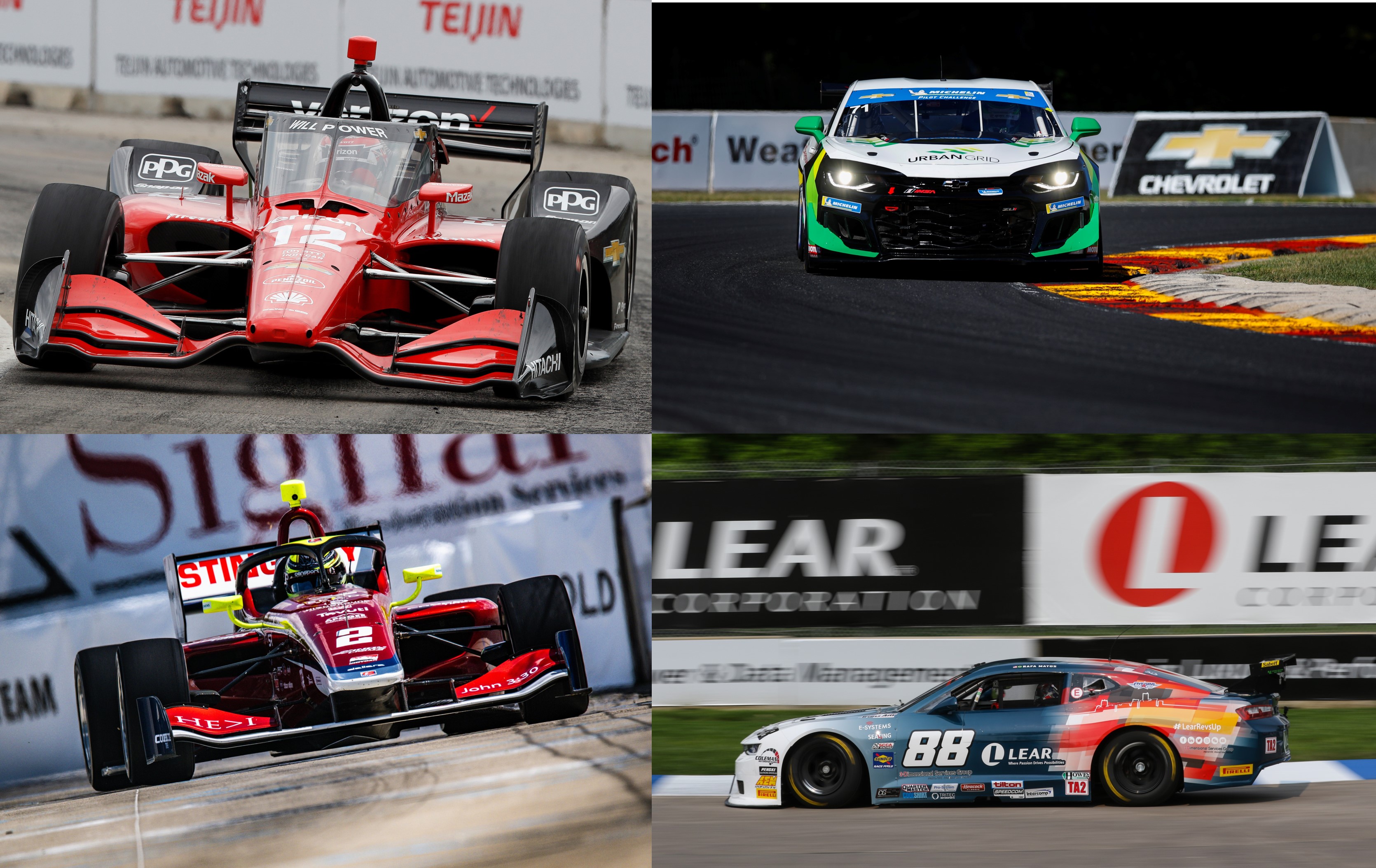 DETROIT, Mich. (August 6, 2022) – In its return to Racing on the Streets of Detroit, next year’s Chevrolet Detroit Grand Prix presented by Lear will welcome two new additions to its on-track lineup.

Both the IMSA Michelin Pilot Challenge and the Trans Am Series presented by Pirelli will join the on-track competition at the newly-designed 10-turn, 1.7-mile street circuit in Downtown Detroit. Both series will practice and qualify on Friday, June 2 of the 2023 Chevrolet Detroit Grand Prix presented by Lear race weekend and both will race the following day to create a unique “Sports Car Saturday” at the Grand Prix on June 3. Both support series will join their open-wheel racing counterparts – the NTT INDYCAR SERIES and the Indy Lights series – on track for the return of the Grand Prix to the streets of the Motor City. With four unique racing series, the on-track lineup on the new downtown circuit will be one of the most diverse lineups in motorsports.

The IMSA Michelin Pilot Challenge Grand Sport (GS) class will compete for the first time in Detroit. This season, the Pilot Challenge GS class features eight manufacturers, including Chevrolet, Ford, Aston Martin, Audi, BMW, Mercedes-AMG, Porsche and Toyota. The GS class features SRO GT4 cars with engines producing up to 450 horsepower. The IMSA WeatherTech SportsCar Championship will not compete at Detroit in 2023 as the majority of the series prototype teams will be traveling that weekend to race at the historic 100th running of the 24 Hours of Le Mans endurance event in France just a few days later.

“The addition of the IMSA Michelin Pilot Challenge and the return of the Trans Am Series presented by Pirelli represents a unique blend to create a special ‘Sports Car Saturday’ showcase for our fans on the new Downtown street circuit,” said Michael Montri, President of the Chevrolet Detroit Grand Prix presented by Lear. “The Pilot Challenge GS cars provide some new competition with established brands that will put on a great show while the Trans Am Series has heritage and incredible history of racing in the Motor City. By adding these two series to our lineup that includes the NTT INDYCAR SERIES and Indy Lights, we know there’s going to be some great racing and plenty of exciting action on track.”

Tickets for the 2023 Chevrolet Detroit Grand Prix presented by Lear are expected to go on sale in the fall. Approximately half of the total footprint of the Downtown race circuit will be accessible for free, including Hart Plaza, Riverfront Plaza and the GM Renaissance Center. Tickets to access the grandstand seating areas around the circuit will be able to be purchased online at www.DetroitGP.com.

ABOUT THE DETROIT GRAND PRIX
The Detroit Grand Prix is a 501(c)3 organization and a subsidiary of the Downtown Detroit Partnership. Scheduled for June 2-4, 2023, the event will return to the streets of Downtown Detroit for the first time since 1991. The Grand Prix will include the Chevrolet INDYCAR Grand Prix featuring the cars of the NTT INDYCAR SERIES, the sports cars of the IMSA Michelin Pilot Challenge, the rising stars of racing competing in the Indy Lights series and the iconic muscle cars of the Trans Am Series presented Pirelli. For more information, visit www.DetroitGP.com and follow our social media pages at www.facebook.com/detroitgp, www.twitter.com/detroitgp and www.instagram.com/detroitgp.