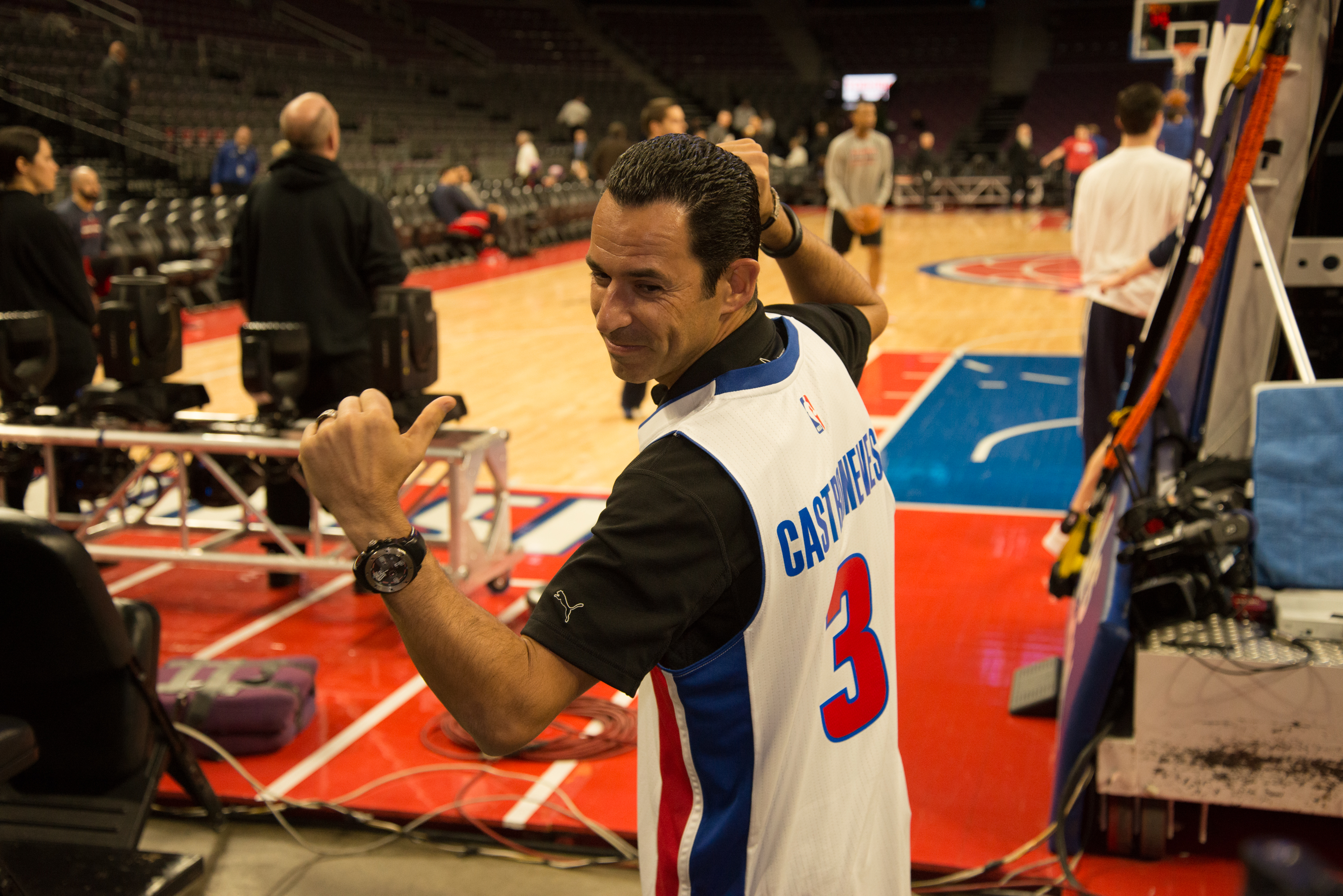 Detroit has long been considered a great “sports town” and world-class auto racing is part of the tradition and heritage of competition in the Motor City.

Since the Detroit Grand Prix began on the streets of downtown Detroit in 1982 and with its evolution to Belle Isle in the 1990s and ever since, the event has become part of the sports landscape in Detroit. With its passionate fans and intense competition, the Grand Prix has had a natural connection with local sports enthusiasts and the way that the event has engaged with the professional sports teams in Detroit – the Tigers, the Red Wings, the Lions and the Pistons – has created unique opportunities over the years.

The Grand Prix has worked to develop promotional partnerships with all four local teams and in recent years, through a common relationship with Meijer, all the pro teams have enjoyed a presence on Belle Isle during race weekend in the Fan Zone. The sports connection has been beneficial for everyone – including fans, who get the opportunity to test their skills through interactive displays and meet some of Detroit’s sports heroes appearing at the Grand Prix, in between watching world-class racing on track at Belle Isle. 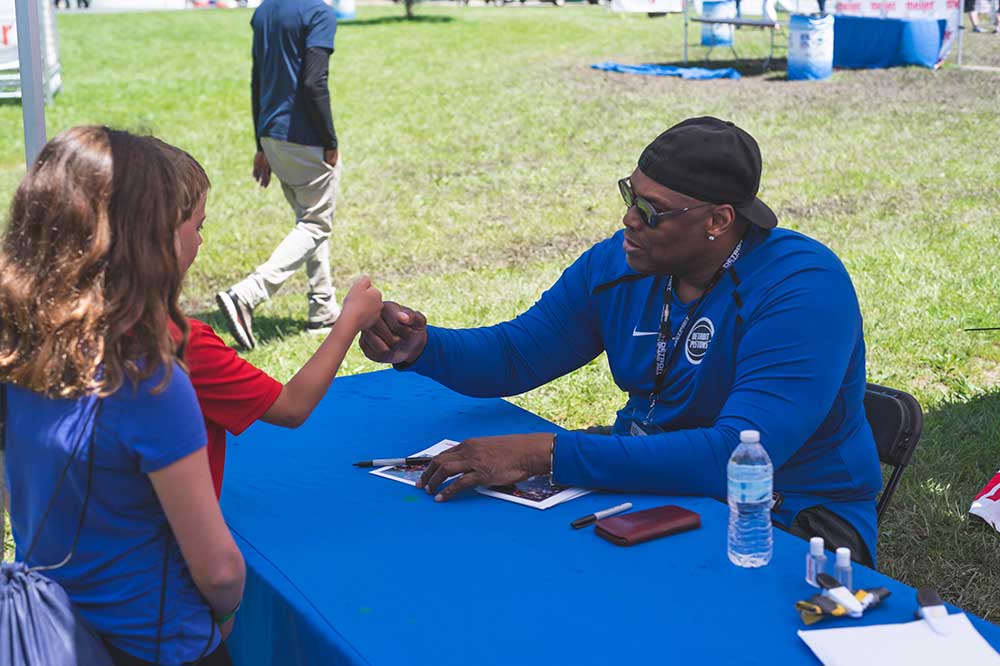 The Detroit teams have also helped promote the Grand Prix in the weeks leading up to race weekend by featuring the event and some of racing’s top stars competing in the Motor City during specially themed games on their respective schedules. The “Grand Prix” games have helped educate fans of the specific teams about racing and provide an opportunity to see some of world’s top drivers outside of their element. Giving drivers the chance to throw out a first pitch, drain a half-court shot and take to the ice has showcased their personalities and helped them understand the level of commitment and passion with Detroit sports fans.

The connection with Detroit sports teams has also given local athletes a chance to experience the fun and excitement of the Grand Prix. Current and former Detroit stars including Dylan Larkin, TJ Lang, Andre Drummond and Ndamukong Suh have all been a part of previous race weekends on Belle Isle to witness the speed on track compared to the ice, the field and the court. 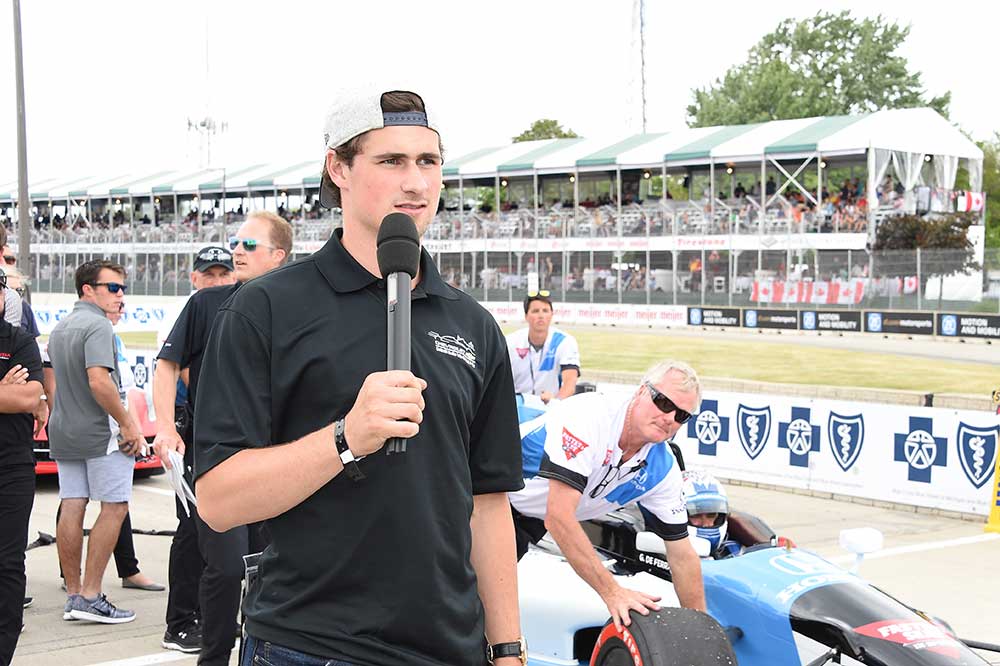 During Detroit Grand Prix Day with the Detroit Tigers at Comerica Park, Grand Prix drivers have had some memorable experiences throwing out the ceremonial first pitch before the start of Tiger games. Drivers like NTT INDYCAR SERIES stars Josef Newgarden, Simon Pagenaud, Conor Daly, JR Hildebrand and Spencer Pigot – along with IMSA WeatherTech SportsCar Championship driver Dane Cameron – have embraced the challenge and came away with a greater appreciation for the skills of other professional athletes.

“I love coming to Detroit,” Newgarden told the Detroit News. “What a great opportunity for a driver to throw out the first pitch here. It was a unique opportunity, and that’s the good part of it, because I threw it low and into the dirt. I played the game when I was younger and I sort of felt ridiculous after bouncing the pitch. I know just how good these professional baseball players are.”

On the court, Grand Prix drivers including Helio Castroneves, Tony Kanaan, Charlie Kimball and Newgarden have met with Detroit Pistons players while also participating in activities before and even during games. Newgarden actually took to the NBA hardwood in front of the Pistons crowd as he tried to sink a half-court shot during a break in the action in 2017.  He came close during the game but in practice before the game started he connected a few times and his reaction was almost as good as winning a race. Drivers have also enjoyed other unique opportunities to connect with Motor City sports fans. Kanaan manned the t-shirt gun to deliver souvenirs to the crowd during his experience with the Pistons while Castroneves had a memorable impromptu battle with the team’s famous “Dancing Usher” Shannon Sailes during a timeout on the court. 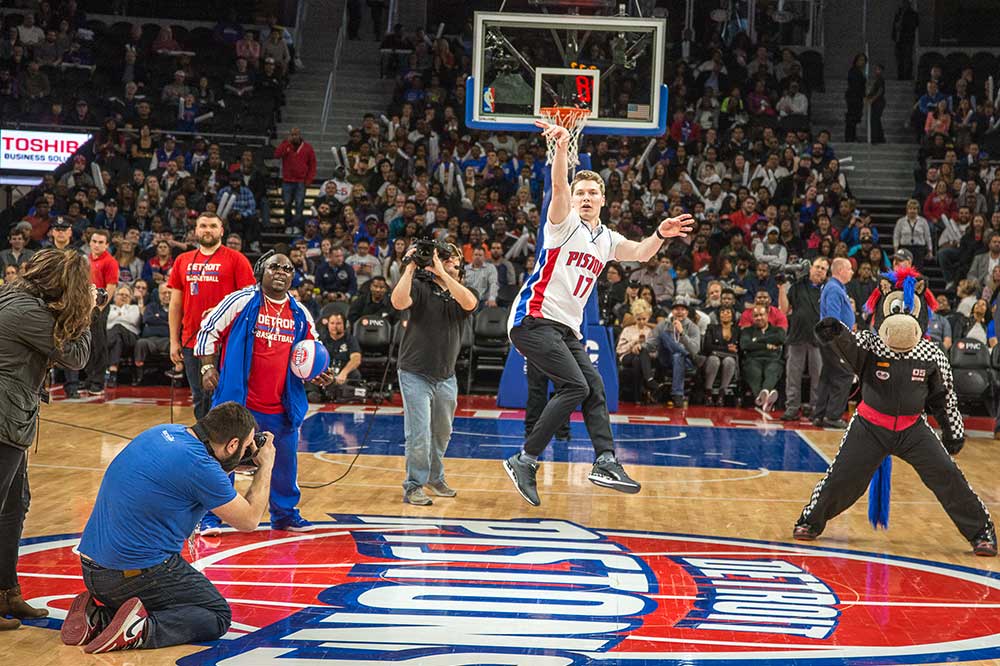 “Doing the dance with Shannon was a blast. He is a really good dancer and I like his moves," Castroneves, the former ‘Dancing with the Stars’ champ told INDYCAR.com in 2015. "I’m glad he wasn’t on 'Dancing with the Stars' when I was there. I have hung up my dancing shoes these days but I was able to bring out a few moves to keep it interesting.”

At Little Caesars Arena for Grand Prix Night with the Pistons in 2019, NTT INDYCAR SERIES driver Max Chilton was able to bring some his racing prowess to the ice during the Chevrolet Pedal Kart Challenge in between periods. Anchoring his karting team’s relay, the native of Great Britain attending his first ice hockey game put the competition on ice (literally) and was all smiles after his attempt to do the coldest victory burnout every recorded. 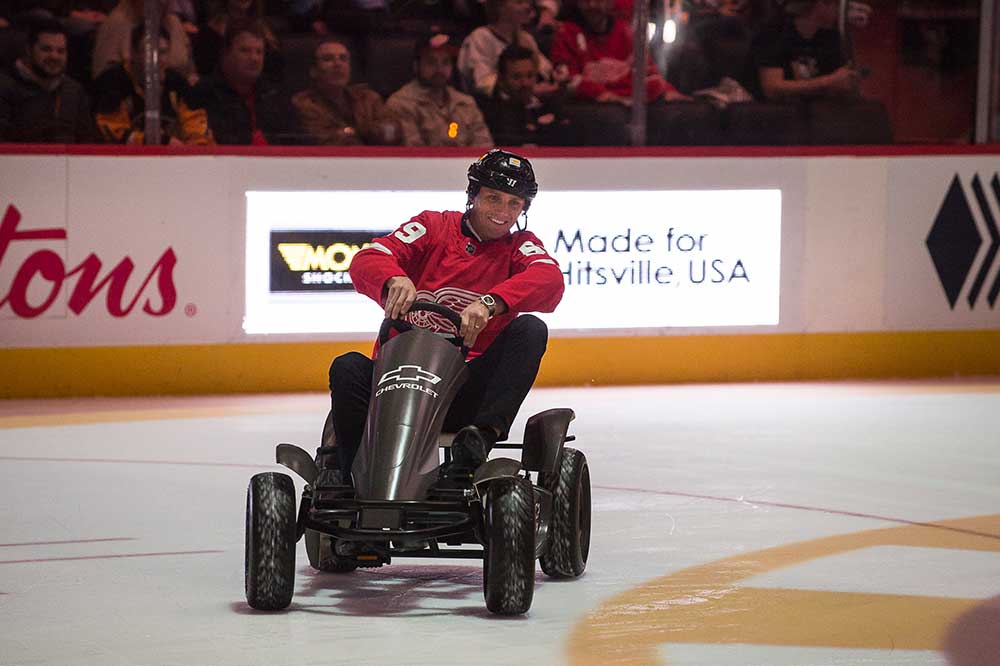 “Unbelievable car control,” Chilton remarked to INDYCAR.com about his Chevrolet pedal kart.  “The kart was moving around on the ice. I did a Scandinavian flick into the corner and even had enough time to showboat with a handbrake turn. The Chevrolet did a fantastic job.”

As sports fans prepare to return to watching events on site as part of the recovery from the pandemic, the Chevrolet Detroit Grand Prix presented by Lear hopes to be one of the first events in Detroit to safely welcome people back in 2021. Whether you’re a fan of one of the local sports teams, you’re an avid racing enthusiast or you just want to experience a very positive and fun event in Detroit, sign up now for an early on-sale opportunity to see this summer’s Grand Prix. The IMSA WeatherTech SportsCar Championship will compete on Saturday, June 5 in the Chevrolet Sports Car Classic while the NTT INDYCAR SERIES will race in the Chevy Dual in Detroit, along with the Indy Lights Series Presented by Cooper Tire, Saturday-Sunday, June 12-13.