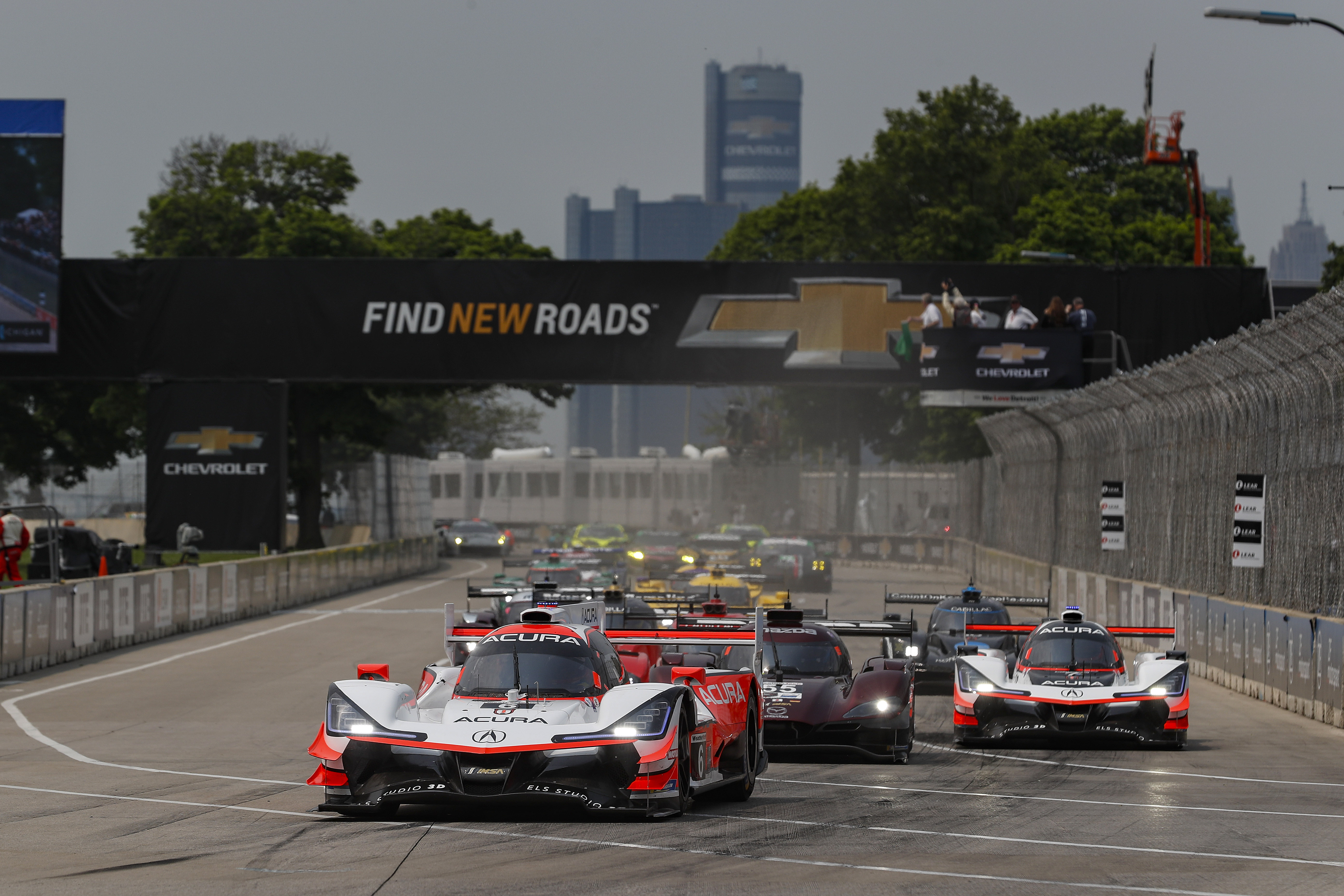 WeatherTech Championship Returning to the Motor City Next June

DAYTONA BEACH, Fla. (Oct. 1, 2020) – Officials from IMSA and the Detroit Grand Prix today confirmed that the IMSA WeatherTech SportsCar Championship will return to the Motor City on the weekend of June 4-5, 2021.

After traditionally sharing the weekend with the NTT IndyCar Series, the WeatherTech Championship event on the 2.3-mile Belle Isle circuit will be held one weekend earlier than the IndyCar event, which is scheduled for June 12-13. It will mark the first time in the history of the Detroit Grand Prix that the event will be hosted over the course of two weekends.

"It was unfortunate that we were not able to host the Detroit Grand Prix in 2020 due to COVID-19, but we are so excited to welcome fans back to Belle Isle with not one, but two great weekends of racing and family entertainment," said Grand Prix Chairman Bud Denker. "The first weekend in June will be a sports car celebration with the exotic cars of IMSA.

"We will continue the tradition of the Dual in Detroit IndyCar doubleheader the following weekend as we showcase Belle Isle, along with Detroit and Windsor, to a national audience. While the schedule will expand for next year’s event, it’s important to note that residents who visit Belle Isle Park frequently will have the same access as they have in the past."

As announced in last month’s State of the Sport presentation, the event will include the Daytona Prototype international (DPi) and Le Mans Prototype 2 (LMP2) classes competing for season-long WeatherTech Championship points, along with the GT Daytona (GTD) class competing for WeatherTech Sprint Cup points only.

"As the ‘Automotive Capital of the World,’ Detroit is an extremely important market to all of our automotive partners, so we are naturally thrilled to return in 2021," said IMSA President John Doonan. "The WeatherTech Championship drivers, teams, manufacturers and partners will have the opportunity to stand in the spotlight as the headline event of the weekend and we know they will deliver an outstanding performance."

Tickets for the unique two-weekend festival – the 31st Grand Prix event hosted in Detroit – are expected to go on sale in early 2021. Fans will have a wide variety of viewing options under the new format, including single-day or multi-day tickets for either or both race weekends.

Ticket packages and pricing will be announced before the end of 2020. Fans that chose to defer their 2020 Grand Prix tickets to 2021 after this year’s event was postponed will be able to select their viewing options for next summer’s races during a priority seat selection period before tickets go on sale.

Fans can register for an early pre-sale opportunity for 2021 Grand Prix tickets now by signing up at www.DetroitGP.com.